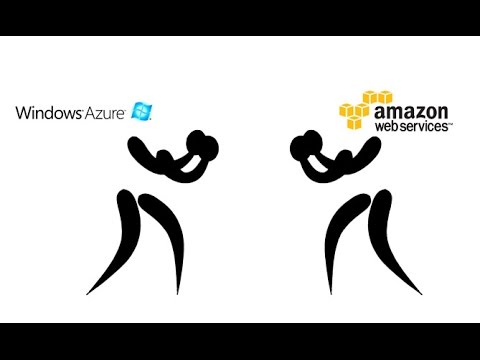 Amazon may have long been the leader in cloud computing with its Amazon Web Services, but that may change later this year as Microsoft Corp will finally be able to surpass it. That’s according to Pacific Crest Securities which late Friday said Azure, the cloud computing unit of Microsoft, could have more revenue that its main rival for the first time in 2017. In a research note covered by The Street, analyst Brent Bracelin predicted the rise of Microsoft for the first time in 10 years would transition the company from a “cloud laggard to a cloud leader.” Bracelin said he came to this conclusion after conducting an analysis of the 60 biggest cloud computing companies. It was revealed that the market is poised for primetime and has lots of growth opportunities. The analyst is predicting spending on cloud initiatives could explode to $239 billion in the span of five years, with the Redmond, Washington software giant benefiting the most from the growth. Bracelin pointed to what he called “unmatched product depth and breadth” in software as a service, platform as a service and infrastructure as a service as the main reasons.

While Microsoft still makes the lion’s share of its money through software sales, its cloud computing business continues to grow. For the three months ending in March, it said revenue in its Intelligent Cloud business came in at $6.8 billion, up 11% compared to the year ago and up 12% on a constant currency basis. During the third quarter, the company said server products and cloud services revenue increased 15%, driven by Azure cloud revenue growth of 93%. “Our results this quarter reflect the trust customers are placing in the Microsoft Cloud,” said Satya Nadella, chief executive officer at Microsoft said at the time. “From large multi-nationals to small and medium businesses to non-profits all over the world, organizations are using Microsoft’s cloud platforms to power their digital transformation.”

Recently many of our firms have reached out to us to find Azure developers for new roles within the Financial sector. Do you think Microsoft has the potential to becoming the cloud computing leader? One things for sure, companies are in need of Azure developers and are willing to go out and find them.